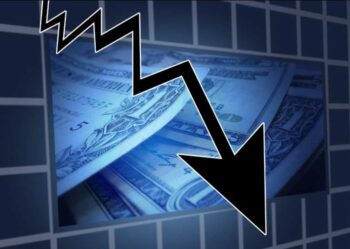 Brussels (dpa-AFX) – A leading indicator of the turning points in Switzerland’s economy fell unexpectedly in June, but the reading remained strong overall.

The Swiss Economic Barometer dropped to 133.4 from 143.7 in May, which was revised from 143.2, survey results from the Zurich-based think tank KOF showed Wednesday.

Economists had forecast a higher score of 144.7 for June.

The barometer remained well above its long-term average.

«The strong rise of the barometer across the last months is now replaced by a corrective movement,» KOF said.

«The prospects for the Swiss economy remain very positive, provided that the economy is not severely affected by a renewed spread of the virus,» the institute added.

The KOF indicator dropped for the first time in five months.

The decline was largely driven by indicator bundles for the manufacturing and the other services sector, the KOF said.

Indicators for accommodation and food service activities, foreign demand and the financial and insurance services sector also contributed to the negative development.