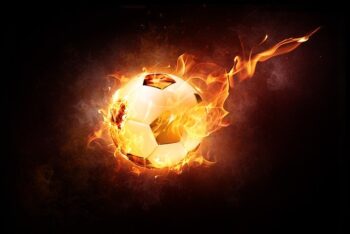 Berlin (STATS Perform/dpa) – Lionel Messi and Barcelona are going their separate ways, and shock at the announcement was splashed across the front pages of Friday’s newspapers.

The record goalscorer in LaLiga history, who has made more appearances for Barcelona than any other player in the club’s history, is seemingly now on the lookout for a new team.

According to Barcelona, both they and Messi wanted to renew the Argentine forward’s contract, but salary-cap limitations have apparently prevented them from doing that.

In an effort to comply with financial fair play regulations, Barcelona were left with little option but to release their captain and driving force.

The sport newspapers that have chronicled Messi’s dizzying feats with the Catalan giants expressed astonishment.

Marca, the Madrid-based daily, led with a headline of «Barca let Messi escape», with a subheading stating they have lost «the greatest player in their history».

«Bombshell! Messi is leaving!» was the headline in Mundo Deportivo, with the newspaper declaring Paris Saint-Germain to be front-runners in any battle to secure the services of the 34-year-old.

Its front-page picture depicts Messi on the Camp Nou pitch, seemingly poised to deliver a free-kick for the Blaugrana, which is a sight that may never be witnessed again.

AS published a front-page portrait shot of Messi, staring at the camera, with the headline of «He’s not staying». The front page adds: «Barca announce that Messi won’t renew and blame LaLiga.»

Barcelona’s announcement on Thursday evening spoke of «financial and structural obstacles» preventing the club and player extending their partnership. Messi made his first-team debut at the age of 17 and has won six Ballon d’Or trophies while at the club, helping Barcelona to win 10 LaLiga titles and the Champions League four times.

Sport’s headline of simply «Drama. Messi is leaving» was published with a sombre black background and a shot of a pensive Messi.

El Periodico de Catalunya also elected for a largely black background and the headline of «Incredible».

It pictured Messi with a ball at his feet, and his back to the camera, a mournful allusion to him walking away from the only club of his professional career.

The newspaper added on its front page: «Barca surprisingly announce that Messi is going and blames LaLiga for his exit.»

Another Catalan newspaper, ARA, also pictured Messi with his back to the camera, the newspaper choosing a shot of the forward with his head bowed.

The newspaper added: «The club blames the league for hindering the continuity of the striker.»