Los Angeles (tca/dpa) – The year 2021 was marked not only by extreme weather events nationwide and in the West — it was also the Earth’s sixth hottest year on record, federal officials announced Thursday. 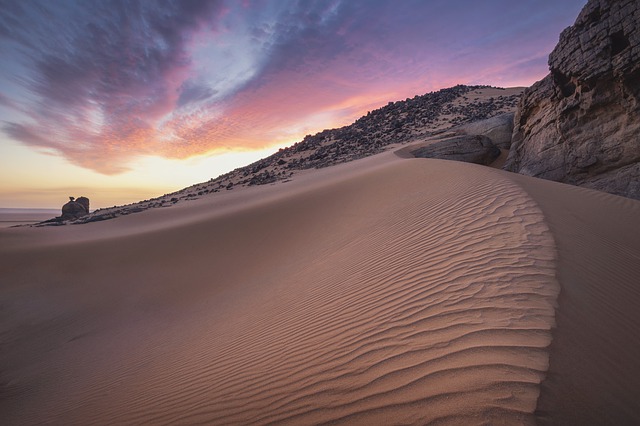 The planet’s average land and ocean surface temperature last year was 1.51 degrees higher than the 20th-century average, the National Oceanic and Atmospheric Administration said in a new report. A separate analysis from NASA also concluded that 2021 was the sixth warmest year on record and tied with 2018.

Experts from both agencies said the global warming trend was being driven primarily by greenhouse gas emissions.

“It’s clear that each of the past four decades has been warmer than the one that preceded it,” said Russell Vose, chief of climate monitoring for the NOAA National Centers for Environmental Information. “Of course all of this is driven by increasing concentrations of heat-trapping gases like carbon dioxide.”

Last year was the 45th consecutive year that saw global temperatures rising above the average, meaning that the planet has not had a colder-than-average year since 1976, according to the report. What’s more, the years 2013 through 2021 all rank among the 10 warmest years since record keeping began in 1880.

“The punchline here is, it doesn’t really matter how you do the analysis — they all tell you the earth has warmed quite dramatically over the past century,” he said.

The United States overall fared even worse than the globe, with 2021 ranking as the fourth hottest year on record in the contiguous US, according to NOAA.

Many of the acute warming effects were felt in the West, where exceptional drought, extreme wildfires and simmering heat waves coincided with California’s hottest summer on record.

A heat wave in the Pacific Northwest in June shattered all-time high temperature records in Washington and Oregon, while the Dixie fire, which sparked in July in Plumas County, California, went on to become the second largest wildfire in the state.

But the region wasn’t alone in its experience, as global warming contributed to significant climate anomalies across the country and the world, including major floods in Germany, sandstorms in Beijing and East Africa’s worst locust plague in decades.

“Unfortunately, we certainly expect to see more of these types of extremes in a warming world,” Vose said. “Some of the events this year were probably not even possible without global warming — or at least they were made much worse by it.”

In the United States alone, there were 20 separate billion-dollar weather and climate disasters that killed at least 688 people — more than twice the previous year’s death toll of 262, according to the report. Damage from these US disasters totaled approximately 145 billion dollars.

Among those anomalies were the Texas freeze in February, one of the coldest US events in more than 30 years, and Hurricane Ida, which battered the Northeast with unprecedented rainfall in September, and resulted in dozens of deaths. And in December, an outbreak of nearly 70 tornadoes left at least 90 dead across several southeastern states. One tornado was on the ground for nearly 166 miles.

While researchers cannot say those incidents were triggered specifically by rising temperatures, they say global warming exerts an influence over many extreme weather events.

“Many of the heat waves, intense rainfalls and flooding events are going to be found to have a contribution from the human-induced warming,” said Gavin Schmidt, director of NASA Goddard Institute for Space Studies.

An independent analysis by nonprofit research organization Berkeley Earth also found that 2021 was the sixth warmest year on Earth since 1850.

Their report estimated that 1.8 billion people experienced a record high annual average in 2021, including most of the population of China. A total of 25 countries saw new record-high averages.

Officials said last year wasn’t quite as hot as 2020 — which tied with 2016 as the hottest year on record — due in part to a La Niña pattern that persisted through much of 2021. La Niña brings some cool ocean waters to the surface and can contribute to slightly cooler global temperatures.

But overall ocean heat content — which describes the amount of heat stored in the upper-levels of the ocean — surpassed that of 2020 to reach a record high last year, according to the NOAA report. The seven highest ocean heat contents have occurred in the last seven years.

“The point is, the oceans are storing a heck of a lot of heat,” Vose said.

Also of concern is the continued loss of Arctic sea ice.

“The last seven years seem kind of anomalous, but we’ve reached a point where the global warming data we’re talking about here is no longer an esoteric or academic measure of what’s going on, but it’s being reflected in the weather and the events that we’re seeing,” he said.

For years, scientists and world officials have urged limiting the increase in global average temperature to just 1.5 degrees Celsius, or 2.7 degrees Fahrenheit. Vose said there is now a 50/50 chance that at least one year during this decade will reach that threshold, and that average global temperatures will almost certainly exceed it in the 2030s or early 2040s.

“We’re not there yet, but we’re approach that point, and the trajectory is unlikely to change as long as we keep emitting greenhouse gases,” he said.

Greenhouse gas mitigation efforts could help stall the arrival of that moment, but likely cannot reverse it altogether, due the fact carbon dioxide emissions can linger atmosphere for hundreds of years.

“If we get to net zero for carbon dioxide, and we reduce the other greenhouse gases as well, then we can stabilize temperatures,” Schmidt said. “It’s not going to cool, but it wouldn’t keep getting worse.”

While the 1.5 degree Celsius limit is significant, it’s not as if the impacts of climate change haven’t already begun, he said, noting that more impacts are likely in the years to come.

“We will see more and more extreme heat waves and more intense rainfall and more coastal flooding,” Schmidt said. “It may not be the Pacific Northwest next year, but it will be somewhere, and we obviously have to be prepared.»